Australia is ranked as having the cleanest air in the world (according to the Environmental Performance Index prepared by researchers at Yale and Columbia universities) and is highly developed in all aspects of life: health, education, economy, civil liberties, political rights, immigrant-friendly policies and overall quality of life.

We also can’t forget Australia’s beautiful landscapes and fascinating wildlife. Australia’s isolation from the outside world for so many years allowed nature and its wildlife to evolve immensely – contributing to Australia’s clean environment.

Australia maintained a strong and stable economy for almost 30 years straight (!) and manages a successful mixed market economy where the GDP rate is high and the poverty rate is low. According to the Australian Bureau of Statistics, the average weekly salary stands at around $1,659, which is around $79,000 annually before tax. 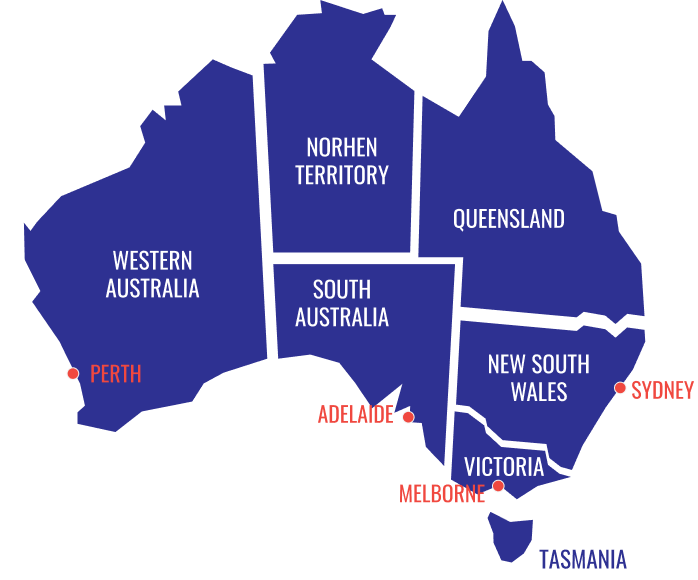 Australia has national public healthcare. This means that all Australian citizens and Australian permanent residents have access to Medicare – the state health care provider, and this is paid for through taxes. Medicare offers a thorough basic healthcare coverage including general practitioner costs, hospital costs and 85% of specialist costs. There are heavy discounts on prescription drug prices and plenty of other benefits.

Australia is known to be a generally warm country with a comfortable climate (some would say tropical). But it’s important to note that due to Australia’s size, there are several different climate zones. In northern Australia (Palmerston, Darwin, Alice Springs…)  it can be hot and humid in the summer, but also warm and dry in the winter. In southern Australia (Adelaide, Port Augusta, Whyalla…) summers are cooler and you may have a rainy winter once in a while.

The Australian communities are extremely diverse, which makes it easier for any immigrant to fit right in. There are over 200 different ethnic communities who speak over 200 languages across Australia, as well as 50 Australian Indigenous languages.  Besides English, the most common languages are: Mandarin, Arabic, Cantonese, Vietnamese, Italian and Greek. The three main components of Australia’s diversity are: the indigenous population, the British colonial past and years of large immigration waves from countries around the world.

UIS Australia is a leading immigration company dedicated to excellence. With a successful track record of thousands of approved visa applications, we would be happy to accompany you towards obtaining the Australia visa you need. Contact our team today via the form below for a visa eligibility assessment and a consultation.